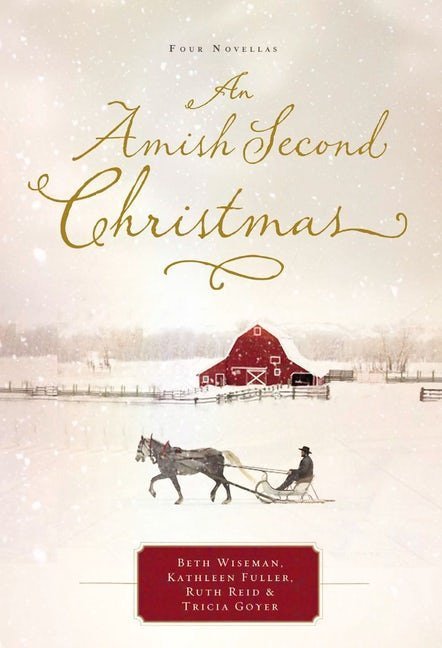 Katherine knows the first Christmas without Elias will be hard for her and the children. But when a mysterious Englischer appears with photographs of her late husband, Katherine  begins to wonder what other blessings Christmas could have in store.

Joy was expecting a wedding proposal from Henry; what she got instead was news of another woman. But when her heartfelt letter to a cousin ends up in the hands of a young cabinetmaker, an unexpected correspondence between two strangers gets interesting fast.

“A Gift for Anne Marie” by Kathleen Fuller

Anne Marie and Nathaniel have been best friends since they were kids. Now things are evolving . . . in ways everyone else predicted long ago. But when her mother suddenly decides to remarry in another state, Anne Marie’s new chapter with Nathaniel looks doomed to end before it begins.

“The Christmas Aprons” by Tricia Goyer

Vanilla crumb pie has been Esther’s mem’s calling card for decades. But when Esther finally gets her hands on the secret recipe, she discovers that vanilla crumb pie is more than just dessert . . . it’s bachelor bait.