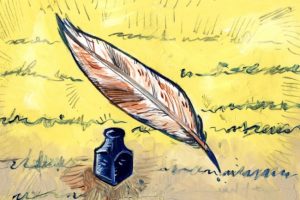 Last week I asked for suggestions for names for two of my secondary characters–one male and one female. Wow, did y’all deliver! I have lots of names for umpteen future books now. 🙂 Some of them were very unique, which I appreciate. Everyone who commented on the post on my website is entered to win a signed copy of The Farmer’s Bride. I’ll announce that winner next week.

Here were the four most popular female names:

I had a little more difficulty narrowing down the male names. The winner was Amos, but I will never use the name Amos again because he’s a character near and dear to my heart. There is only one Amos! He’s a character in several of my books: Hide and Secret, A Faith of Her Own, and he has his own novella in An Amish Harvest. If you haven’t read about Amos, you’re missing out on a sweet and dear character.

Another popular name was Ezekiel/Zeke, but I can’t use that one in this book because one of the main characters is named Zeke.

Thus the most popular male names were:

Vote for your favorite female and male name by commenting only ONE of each in the comment section below. I’ll tally the winners and post them next week along with the book winner.

Thanks again for participating. I hope this has been as fun for you as it has been for me. 🙂

The Books and Hooks Etsy Store is now OPEN!

Check out my New Events Page!